America’s Harvest Boxes are part of a new proposal to revamp the foodstamps program in the U.S. The U.S. government’s 2019 budget request was unveiled earlier this month revealing a proposed major overhaul in the food stamps program, aka the Supplemental Nutrition Assistance Program (SNAP), which helps low-income families purchase food. More than 16 million households would be affected by the new proposal that seeks to replace half of the benefits families currently receive with a box of pre-selected food items. Already SNAP recipients are restricted from buying hot food, alcohol, pet food, and any non-food items, but under the new proposal now half of their meal planning decision-making power would be revoked. Mick Mulvaney, director of the Office of Management and Budget introduced the proposal to the press saying,

“What we do is propose that, for folks who are on food stamps — part, not all — part of their benefits come in the actual sort of — and I don’t want to steal somebody’s copyright — but a Blue Apron-type program where you actually receive the food instead of receive the cash.”

The proposed changes guts the SNAP benefit budget $17.2 billion in 2019 alone, 22% of the program’s total cost in 2017. The United States Department of Agriculture (USDA) who operates the SNAP program says the new plan would save $129.2 billion over the next ten years. Mulvaney told the press,

“It lowers the cost to us because we can buy prices at wholesale, whereas they have to buy it at retail. It also makes sure that they’re getting nutritious food. So we’re pretty excited about that. That’s a tremendous cost savings.”

But Mulvaney’s claim that the boxed food would be nutritious warrants further inspection. While the name “Harvest Box” conjures images of freshly picked fruits and vegetables, it turns out there is nothing fresh about what’s in the box. According to the USDA the Harvest Box would contain such items as, It will not contain any fresh fruits or vegetables. Just to make this clear – that’s 100% processed foods and 0% whole fresh plant foods. This is exactly the opposite of what doctors and nutritionists recommend as a healthy diet that prevents disease. While most outrage around the policy stems from the taking away of even more freedom of choice from poor people, there is a much more serious threat posed by these boxes. This threat is the predictable rise in preventable diseases that comes with diets high in processed foods, just like the ones in the box.

Native Americans Food Boxes Have a Lesson to Teach

NPR’s Mariah Godoy reported on the proposal comparing it to a similar program in affect since 1977 that gives non-perishable food items to Native Americans. The Food Distribution Program on Indian Reservations has had disastrous health outcomes. Before the program began lifestyle diseases like obesity, heart disease, and type 2 diabetes were virtually nonexistent among Native Americans but today these people have some of the highest rates of preventable diseases. According to Valarie Blue Bird Jernigan, a citizen of the Choctaw Nation in Oklahoma who was interviewed for the NPR story,

“If you talk to people like me who grew up solely on this stuff, you hear stories of ‘I never even tasted a pineapple or real spinach’ — you didn’t taste these foods until you were older.”

The health outcomes of eating a diet of shelf-stable commodities from government-issued food boxes is visible in many Native American communities. Jernigan says,

“There’s even a name for it – it’s called ‘commod bod.’ That’s what we call it because it makes you look a certain way when you eat these foods.”

Jernigan says the free food boxes shaped the diets of people who received them and it wasn’t for the better health-wise. After the program began in the late 70s she says,

“…you started to see high consumption of these packaged and shelf-stable canned foods – nothing fresh, no fresh vegetables, foods high in sodium, fat and sugar. And you see the rates of these preventable diseases skyrocket.”

What Americans Think of the America’s Harvest Box Proposal

“As a single mother who relied on food stamps to help feed my boys, I can’t overstate how offensive this proposal is. Low-income families need more access to fresh produce & healthy foods, not less.”

Her post got over 44,000 likes and close to 2,000 comments most of which seemed opposed to the Harvest Box proposal like this one. But still critics of SNAP point to the fact that much of today’s food stamp purchasing power is going to bolster junk food companies who make products that are not considered healthy foods. One twitter user replied to Rep. Lee,

“Did you know that you don’t need potato chips and soda to survive? 😮 crazy, I know.”

Buckley’s suggestion is backed by leading nutrition experts who have similar proposals to modify the food stamps program. Just this month the Physicians Committee for Responsible Medicine unveiled their Healthy Staples Program in detail in “A Proposal for Improvements in the Supplemental Nutrition Assistance Program.” The proposal highlights the fact that low-income people currently have 70% higher rates of diabetes and high blood pressure compared with the rest of the population. They write,

The Physician Committee’s proposal suggests revamping SNAP to restrict purchasing power to foods that promote health and wellness, while still allowing individuals to shop for themselves and create their own preferred meal plans. Grocers accepting SNAP would have to offer fresh fruits and vegetables, low-sodium beans and legumes, and whole grains – the foods proven to prevent disease and promote a life of wellness. These types of changes make more sense if our end goal is public health and empowering people to lead better lives.

After Being Told to Go Home and Die, She Lived Another 40 Years 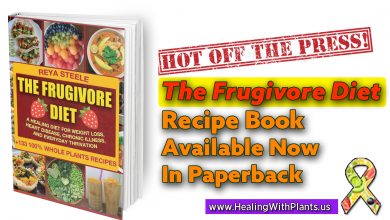 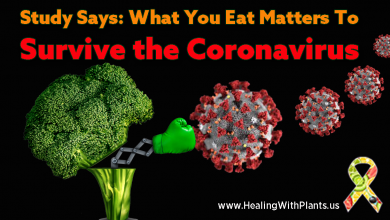 Study Says: What You Eat Matters to Survive the Coronavirus 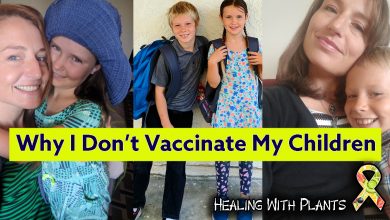