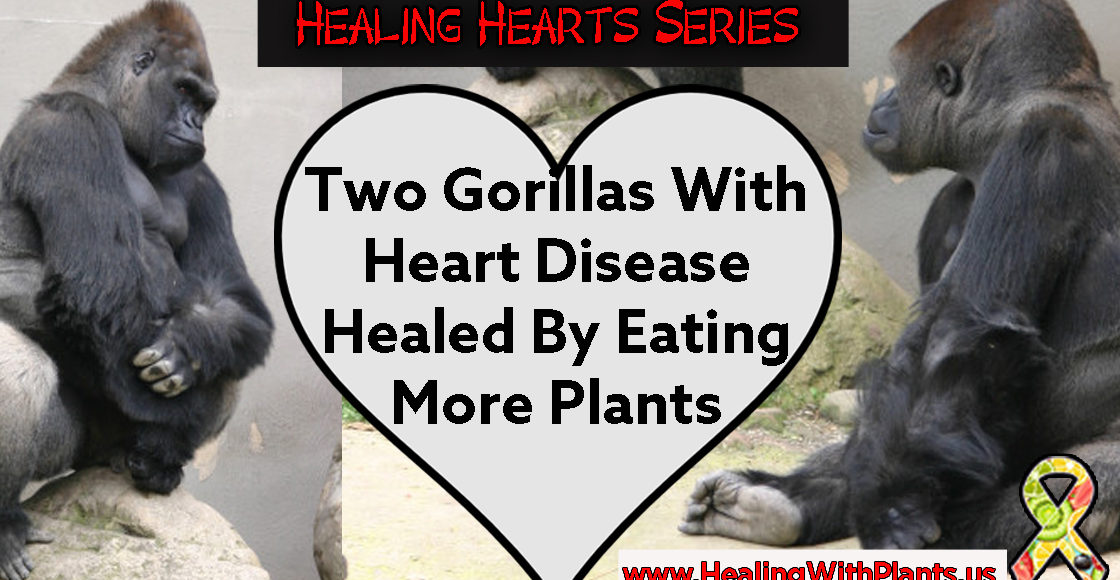 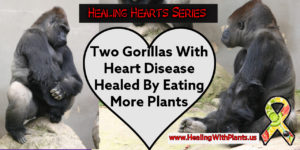 In 2008 two Western lowland gorillas, Mokolo and Bebec, were in captivity at the Cleveland Metroparks Zoo and didn’t seem to be doing well. Bebac was 24 years old and Mokolo was 21—both still young considering gorillas can live up to 60 years in captivity. Despite their youth though both males were overweight and were displaying behaviors not typical of gorillas in the wild. The two had developed a habit of pulling out and eating their hair and also vomiting and then reingesting their food. When the zoo performed a cardiac ultrasound on Bebac and Mokolo they discovered both males suffered from heart disease.

Heart disease is the most common killer in humans today but is unknown in populations of wild gorillas. According to Animal Planet, for gorillas held in zoos though, heart disease is the leading cause of death. This fact used to puzzle veterinarians. According to a report by Cleveland.com Dr. Pam Dennis,  a veterinarian and epidemiologist at the zoo said there was little information on what constitutes a “healthy gorilla.” She told the news outlet that at the time there were about 100,000 Western Lowland gorillas in the wild and 342 in zoos. The zoo looked to the heart disease-free wild gorillas for a clue. In their wild habitat, Western Lowland gorillas consume nearly 50% of their calories from fruit, the remainder of their diet is leaves, stalks, and other plants parts.

The Cleveland Zoo, like many other zoos, had been feeding the gorillas something called “nutritional cookies”—and they certainly did not grow on trees. While wild gorillas dine on copious amounts of fresh leaves and plant parts, zoo gorillas were eating processed foods made in human factories. These cookies were full of processed starch and sugar and were calorie-dense, just like the processed foods making people sick today. Perhaps Bebac and Mokolo would do better on the whole plant foods diet of heart healthy wild gorillas.

A Plant-Based Diet That Healed Their Hearts

In an attempt to save the gorillas lives the zoo switched them to a diet that more closely resembled what wild gorillas eat. The zoo ditched the calorically-dense processed cookies and instead gave the gorillas wheelbarrows of lettuce, endive, dandelion, and green beans—10 pounds of veggies each every day. Fruits and flaxseeds were also scattered about their enclosure so that they ended up spending 75% of their day foraging. According to ScienceDaily the gorillas took in twice as many calories on their new diet but after a year they made a dramatic recovery. Both Bebac and Mokolo lost 65 pounds each, stopped vomiting and reingesting their food, and improved the health of their hearts.

But Their Hearts Still Suffered

Although their condition seemed to be remarkably better, continued testing revealed that the damage caused by heart disease was not completely reversed. After a cardiology exam in 2011 Cleveland.com reported the sobering news:

“The good news is that Mokolo’s heart chambers are now slightly smaller, his heart-pumping efficiency has improved, and he has lost 60 pounds since his last exam. The bad news is that the walls of his heart have thickened, and he has high blood pressure. Bebac, who lost 20 pounds (since the last exam), experienced a decline in his heart-pumping efficiency and suffers from low blood pressure.”

Comments on Cleveland.com blamed the zoo and zookeepers for the gorillas continued heart distress. One commenter wrote:

“Is this a joke? They don’t know what type of food a healthy gorilla eats so they decided that processed biscuits were the best option?…Do you have to be a vet or scientist to figure out that a raw plant-based diet would probably be appropriate? Where do these people go to school? How many years did it take to come to this conclusion? It’s disgusting that we keep wild animals captive for our own amusement, and then we give them heart disease because we either don’t care, or we are too stupid to realize that ‘processed biscuits’ probably aren’t good for them. Unless animals have been processing their own biscuits for thousands of years….Did I miss that part in school? Honestly, what can we possibly learn from a wild animal that’s locked in a cage? Let them go!”

Another commenter suggested the stress caused by being confined in a zoo was to blame for their continued heart troubles saying,

“A healthy ape is a free ape. Zoos are prisons. The stress from being locked up is going to have so much negative affect that any nutritional benefit from a plant based diet is going to be worthless. Within the past week research has been published that reports captive chimps show signs of compromised mental health.”

Nearly a decade after his heart disease diagnosis, Bebec died at age 32. Bebec barely surpassed the median lifespan of 30-years old for a zoo gorilla today. The Cleveland Zoo said in a statement on their Facebook page:

“Through the care provided by our skilled team of gorilla specialists, we were able to manage his condition and improve his quality of life for several years. This is an extremely difficult loss for everyone connected with Cleveland Metroparks Zoo. In remembrance of Bebac, help us secure a future for wildlife.”

Bebac and Mokolo’s story reveals that quality trumps quantity both for overall health and weightloss. The tendency for people today to focus on controlling portion size and counting calories is misguided and instead if we seek a truly health-affirming diet, we should look more at the contents of what’s on our plate. Processed food appears to be a big part of the problem, in combination with high intake of animal foods. This is because, like meat and dairy, processed foods are generally high in fat and calorically dense. With a lot of calories packed in a little space it’s easy to overdue it and you are left nutritionally starved and craving more. Continuously consuming empty calories and foods void of fiber and water can lead to continued cravings, overindulgence, and the diseases of excess. Meanwhile, whole plant foods are high in fiber, water, and nutrients leaving you feeling more satisfied, helping you to maintain a stable weight, and delivering all the nutrition your body needs to stay healthy. <3

Healing With Plants is a holistic health education website empowering people to heal themselves at home, with plants. February is Heart Health Month in America. Heart Disease is the leading cause of preventable deaths today. Many people have regained their heart health simply by eating more plants and at Healing With Plants we are spreading the good news! Follow Healing With Plants on Instagram, Twitter, and Facebook for more healing whole foods plant-based recipes and inspiring stories that testify for the amazing healing power of plants.