The Paleo Diet, a popular variation of a high-protein/low-carb diet, has its upsides and downs. In this article we’ll break down the basic guidance and story behind the Paleo diet and identify its pros and cons. There are some aspects of this diet which are sure to improve the health of someone eating a standard American diet, and there’s other aspects of this diet you’d be better to do without.

When American exercise physiologist Lorain Cordain published The Paleo Diet, it became an instant bestseller sparking a new dietary trend simply called—Paleo. In The Paleo Diet (2001), Cordain puts forward this popular idea that carnivory is in our constitution. I heard about this book as it became the new go-to for those looking to justify eating a meat-centric diet. My initial impression of this book and movement were simply that they were the next generation of Dr. Atkins’ low-carb diet, and so hadn’t given it much thought. But when I looked up the book and began reading selective passages I was shocked by the lack of academic rigor. I could not find a single reference for Cordain’s outrageous claims and I wondered why so many people would just take his word for it. Cordain identifies himself as a scientist with a “team” that’s worked for over a decade to uncover the true nature of the human diet. He writes:

“The notion that human beings were meant to be vegetarians runs contrary to every shred of evolutionary evidence from the fossil and anthropological record. We owe a huge debt to lean meat. In fact, scientific evidence overwhelmingly suggests that if our ancestors had eaten a meatless diet, we wouldn’t be where we are today. I wouldn’t have become a scientist, you wouldn’t be reading this book, and we would all look a lot more like our nearest animal relative—the chimpanzee.”

Flaws in the Paleo Diet Story

Cordain’s narrative lacks a basic understanding of both evolution and zoology. His assertion that meat-eating is what makes humans different than chimpanzees is both narrow minded and completely disregarding of basic principles of biology. Rob Dunn, biology professor at North Carolina State University, raised the most obvious objections to the Paleo diet craze in an article for Scientific American. He writes,

“Which paleo diet should we eat? The one from twelve thousand years ago? A hundred thousand years ago? Forty million years ago? If you want to return to your ancestral diet, the one our ancestors ate when most of the features of our guts were evolving, you might reasonably eat what our ancestors spent most of the time eating during the largest periods of evolution of our guts, fruits, nuts, and vegetables—especially fungus-covered tropical leaves.”

The Paleo Diet is based on the Man the Hunter mythology which asserts that meat eating is an integral part of our human nature. But those who study primate ecology beg to differ. University of California professor Katharine Milton, one of the most prolific and well-respected authors on the topic of the dietary ecology of primates, took issue with Cordain’s misleading scientific-sounding stories. Professor Milton wrote a letter to The Paleo Diet author in response to his pseudo-scientific claims. She is definitely a qualified challenger—Milton’s career and research has focused on how primate diets and ecology relate to modern humans and our human ancestors. The American Journal of Clinical Nutrition published her address to Cordain where she wrote,

“As discussed in my March 2000 editorial on this topic, hunter gatherer societies, both recent and ancestral, displayed a wide variety of plant-animal subsistence ratios, illustrating the adaptability of human metabolism to a broad range of energy substrates. Because all hunter-gatherer societies are largely free of chronic degenerative disease, there seems little justification for advocating the therapeutic merits of one type of hunter-gatherer diet over another.”

Milton highlighted the difference between low energy density wild foods and high energy density modern convenience foods. Modern processed foods are often calorically dense making it easier to overeat: our ancestors harvesting wild whole plant foods didn’t have this problem. Milton makes the point that just because a group of people are known to eat a certain diet at a certain point in history, it does not automatically follow that this particular way of eating a great diet for humans. She writes:

“There seems little doubt that many hunter-gatherer societies had a high intake of animal protein (and animal foods) by present-day standards. However, this does not imply that such a dietary pattern is the most appropriate for human metabolism or that it should be emulated today. Past hunter-gatherers did not have unlimited dietary options but had to make the best of what was available in a particular habitat. The gut proportions of humans do not indicate a highly carnivorous diet; rather they indicate adaptation to a diet made up of high-quality foods of all types and amenable to digestion primarily in the small intestine. Gut proportions of carnivorous mammals differ from those of humans. Food transit times in humans are very similar to those of apes and notably different from those of carnivores.”

Milton asks Cordain to face some basic undeniable facts about our human anatomy. She also urges him, or his followers, to consider the reality of our evolutionary journey.

Pros: The Upsides of the Paleo Diet

The Paleo diet is not without its upsides. Most noteably, this diet focuses on including real, health-promoting, whole foods. By focusing on whole foods the Paleo Diet excludes highly processed food which can be detrimental to your health. Since many Americans may eat up to 70% of their calories from processed foods, most people will experience a big improvement in their health and well being simply by switching their focus to real whole foods. Another upside of the diet is that people are encouraged to increase consumption of fruits and vegetables. Fruits and veggies are loaded with healthy fiber and an array of beneficial micronutrients and phytonutrients that protect against disease. The third upside of the Paleo diet is that it discourages dairy consumption. Most Americans consume far too much dairy, which is not a natural human food and which science has linked to numerous health ailments. Together, focusing on whole foods, ditching processed foods, eating more fruits and veggies, and reducing dairy consumption should lead to health improvements in most people.

Cons: The Downside of the Paleo diet

The Paleo Diet has its downsides which are very concerning. This diet asserts that animal foods should play a central role in your diet. The science simply does not support the idea that loading up on animal based foods is in the interest of you health. Quite the opposite, the more animal foods people consume the more their health and longevity seems to suffer. All of today’s major chronic diseases are associated with diets high in animal foods. Most Americans already consume too many animal foods and so encouraging people to eat even more of these foods, as the Paleo does, is not in the best interest of their health (and is not based on the science).

The other downside of encouraging people to center their diet around animal foods is that this crowds out other health-promoting foods such as whole grains, legumes, nuts, seeds, and more fruits and veggies. Lastly, the Paleo diet doesn’t just crowd out some of these other health-promoting foods, it actually restricts or encourages adherents to limit grains, legumes, beans, and starchy vegetables. This is unfortunate for adherents of this diet since numerous studies have shown over and over again that consuming these very foods are associated with decreased risk of chronic diseases and increased longevity.

The Paleo Diet is definitely not the ideal way for a human to eat, but it’s also not without its benefits. Many people will see improved health on this diet simply by switching from processed foods to whole foods, yet the focus on animal-based and high-protein foods is misguided. Whole plant foods are great sources of protein, vitamins, and minerals, while animal-based foods are linked to a greater risk of heart disease, diabetes, cancer, and autoimmune disease. When it comes to eating like our ancestors, it’s best to take a wider horizon view of what human ancestors ate: whole foods in their natural package, and mostly plants. 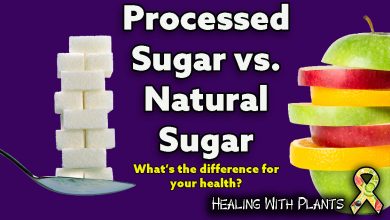 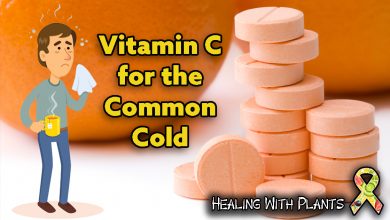 Vitamin C for the Common Cold