The Healthiest Green According to Science

We all know that greens are good for us, but what is the healthiest green to eat? Since we can’t eat them all everyday, it is helpful to know which greens pack the most nutritional benefits. Thankfully, science has the answer for us and it’s not too surprising that spinach comes out on top.

Nutrients in One Cup of Raw Spinach

In a 2018 article, Business Insider ranked the 12 healthiest greens and lettuces and which one do you think took first place? Spinach and kale shared the first place spot. What makes spinach special among greens? For starters, spinach packs in a mighty load of nutrients and is one of the most nutrient dense foods known to Man. Each cup of spinach contains:

Calorie for Calorie, Spinach Packs The Most Nutrition

Other greens are also packed with nutrients, so how does spinach compare? According to a 2018 article published in the Harvard Health Letter, spinach ranks first or second highest among other common greens for a number of nutrients. When the nutrients in one cup of fresh spinach is compared to one cup of arugula, one cup of romaine lettuce, one cup of swiss chard, or one cup of watercress, the spinach contains more potassium and fiber per cup than these other greens. Spinach also ranks second for vitamin A, folate, vitamin K, calcium, and magnesium.

So we know spinach packs a lot of nutrients, but what else? Could it, say, protect us from cancer? A study published in the journal Food Chemistry tested 34 common veggies against 8 common cancers in vitro. Out of the five green veggies tested (spinach, romaine lettuce, Boston lettuce, radicchio, and endive), spinach came out on top. Among the five greens spinach appears to have the greatest ability to suppress the growth of cancer. (Greger)

Another similar study, published in the Journal of Agriculture and Food Chemistry, also highlighted spinach’s superstar status as a top cancer fighting plant food. For this study, researchers chose 10 common vegetables based on data of what Americans are actually eating to see which ones might be our best ally against cancer. When the researchers compared the phenolic content (phenolics are compounds found in plants which can enhance the body’s ability to recognize and destroy cancer cells) of the 10 veggies, spinach ranked second highest after broccoli. Spinach ranked fourth for total antioxidant content. The researchers also pitted the ten veggies against human liver cancer cells in vitro and this time, spinach came out on top. They write,

What is the healthiest green to eat if you are an athlete or want to stay fit? Spinach is also a superstar for aiding athletes and helping enhance our physical fitness. If you read the following media headlines, you’d think a new performance enhancing drug is finally being called out.

Are you surprised that the mystery substance that is the subject of these headlines is SPINACH?! XXXXXXX = SPINACH! Just last year scientists at Freie Universität Berlin recommended that ecdysterone, a chemical found in spinach, should be added to the World Anti-Doping Authority’s (WADA) list of banned substances because of it’s performance enhancing effects. In their ten week study the researchers gave 46 men either as much ecdysterone as contained in 8.8 pounds of spinach or a placebo. The men who had the hefty dose of the spinach compound had three times the strength and gained more muscle mass than those who took the placebo. A flood of media articles followed suggesting that spinach be banned from sports. When it comes to physical performance, is spinach too good for it’s own good?

Packing More Spinach in the Diet

Nutrient content, protection from cancer, and enhancing our physical fitness is just a few of the reasons that spinach is a dietary rockstar—and claims the title here of “The Healthiest Green to Eat.” So are you ready to add more of the leafy green into your diet? While plain old spinach by the handful, or spinach salads, are great options, some people prefer to get more of the green goodness by blending it first.

Blenders are a great tool to help you pack more spinach into your diet. Spinach goes great in a smoothie or blend it to make a pureed soup. When my children were babies I used to make Super Sauce which was homemade baby food that’s equal parts spinach and apples. Blend them together and you get a perfectly sweet and green pure that baby will love (mine sure did!). I still love sneaking spinach into other foods like my Green Monster Smoothie (a bunch of spinach, a little mint, frozen bananas, and plant milk) or my Green Soda Bread which costs 1/4 cup of packed spinach leaves per dinner roll.

Why not go for the green that does the most for your health? Add some more spinach into your life and your body will thank you. Remember, Popeye knows best.

P.S. If you want my spinach-packed recipe for Green Monster Smoothie, get my free ebook, Drink to Your Health. In this book you’ll find my simple recipe for Orange Freeze plus 32 more nutritious drinks. Get the free-ebook here. 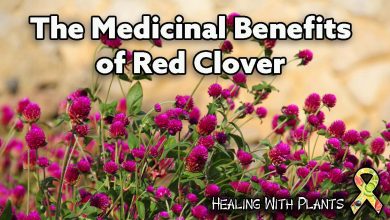 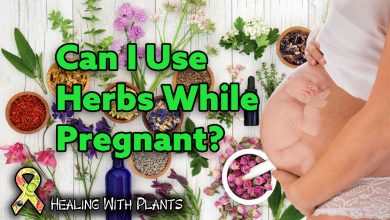