Is Soy Bad For You?: The Truth About Soy

is soy bad for youis soy healthyshould i eat soysoy

Reya Steele Andrews is a holistic health writer, educator, and publisher at Healing With Plants. Reya is a certified Holistic Nutritionist (AFPA), is certified in Plant-based Nutrition and teaches nutrition science and food preparation to students in Southern California.

Vitamin C for the Common Cold

What Are Some Nut-Free Milk Alternatives?

Do you want to improve your wellness in 2021?

ARE YOU READY TO BECOME THE HEALTHIEST VERSION OF YOU IN 2021? 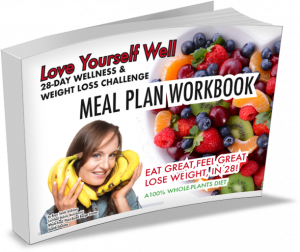 This February 1-28, join the Healing With Plants 28-Day Wellness and Weight Loss Challenge. Try out the whole-food, plant-based dit for just four weeks and watch your energy, body, and health transform. Plan your meals and track your progress with the Love Yourself Well workbook, free when you sign up. An easy before and after health assessment will help hold you accountable, and free recipes, daily emails, and an online support group will give you the tools and motivation for success.

Get Your Free Copy of Your Natural Human Diet

GET YOUR FREE COPY HERE.